Return to your roots for the big moments in life

Events at the Jewish Quarter

Celebrate your Bar Mitzvah at:

Celebrate your Wedding at:

Celebrate your Company Event at:

Celebrate your Bat Mitzvah at:

Enjoy the best of all worlds

Make your event complete at the Jewish Quarter

Ever since the days of the first Temple, the Jewish Quarter has been the most sought-after living location for the Jews of Israel. Its unique proximity to the Temple meant that Jews made it central to their lives, and this continued even after the destruction of the second Temple. Over the years, the Quarter has been through numerous incarnations. It has been left in ruins, rebuilt, destroyed and restored, until being given a new lease of life in the 19th century.

After being considered a poor and neglected area for many years, changes to the area led affluent European Jews to invest in the area and turn it into a gem in the heart of Jerusalem. Since becoming a part of the State of Israel, the Jewish Quarter began undergoing restoration. It was transformed from a poor, deserted area to a sought-after location, and was officially recognized as a national, religious, historical and cultural site of first-rate importance. Since the Six Day War, the Quarter has been managed by The Company for the Reconstruction and Development of the Jewish Quarter. The company has cared for the area and continues to do so, turning it into an attractive sightseeing location for Israelis and tourists alike.

Over the past two decades, alongside the development of the Quarter, the company has been working to restore the numerous historical and religious sites in the area. This activity has attracted attention to the Quarter for classic, unique and special events to suit every budget, allowing the general public to connect to their roots during the moments that really matter.

We invite you to organize your event in the Quarter, and you’ll enjoy a uniqueness that is second to none, well-appointed and close to the site of the Temple, just as Jews have always done.
Take your pick of the four impressive venues, where you will experience the ancient heritage that will make your event unforgettable for years to come.

Intimate events at the Southern Wall

Imagine being able to hold an intimate event at the Western Wall. Actually – why imagine?
Near the Dung Gate entrance, to the right of the path leading to the Western Wall and adjacent to the Southern Wall, is a stunningly beautiful archaeological garden, where worlds meet. This charming garden, which is filled with remnants and buildings from different eras, is located at the foot of the Western and Southern Wall, will transform your event from special to unforgettable. 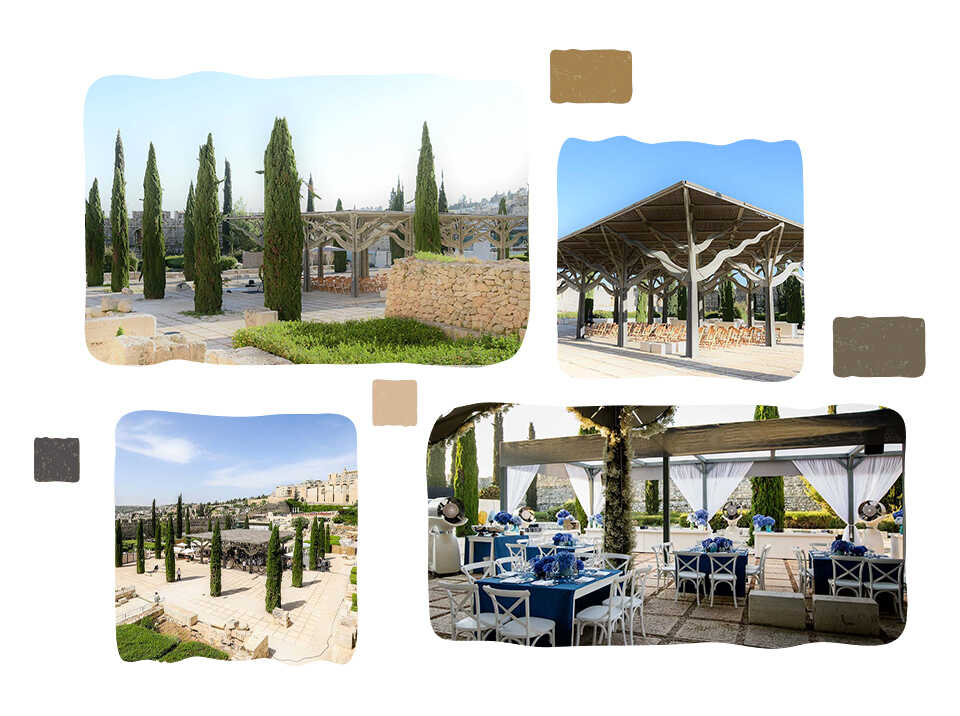 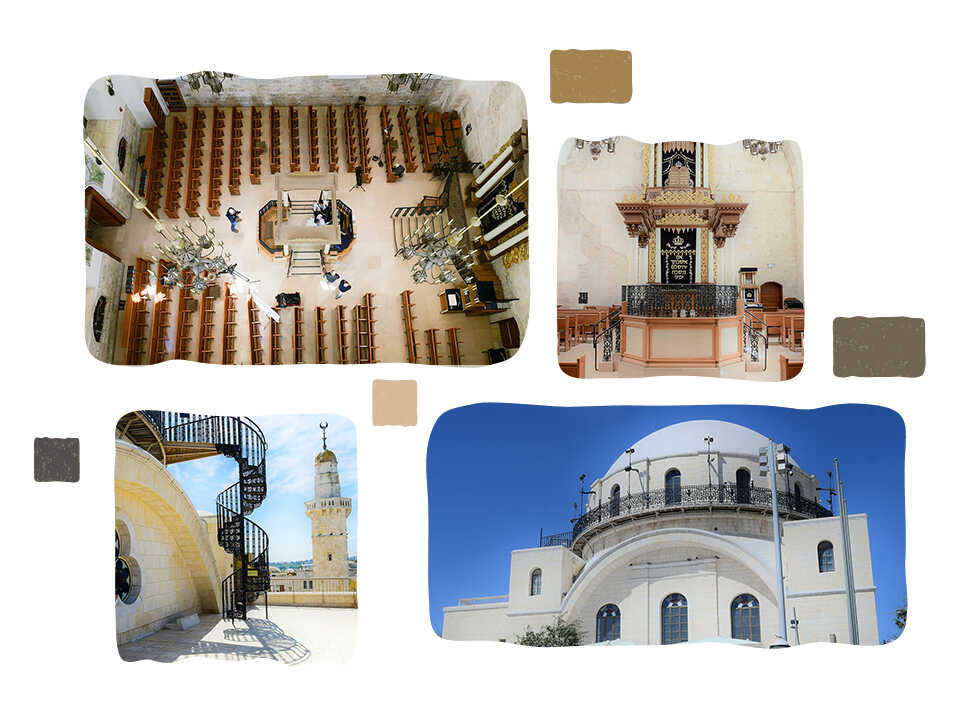 Return to your roots, passing the tradition down to generations to come

In the heart of the Old City of Jerusalem, in the center of the Jewish Quarter and within walking distance of the Western Wall, sits one of the most unique and remarkable synagogues in the country: The Hurva Synagogue. The reason for the name ‘Hurva’, which means ‘ruin’ in Hebrew, lies in the history of the synagogue. It was built in the early 18th century, but was soon after destroyed by rioters. In the mid-19th century, the synagogue was rebuilt by local Jews, and it served as the center of the city’s Jewish community until the height of the British mandate period. In 1948, the synagogue was once again destroyed by the Arab Legion who occupied the Old City.

Enjoy magical views as you breathe in the fresh air

On the rooftop of the Ramban Synagogue, flawlessly blending in with the unique character of the Quarter, is the Hurva Terrace. The terrace, which is located at the foot of the Hurva Synagogue, was renovated in 2010 as part of development works in the Quarter.

It overlooks the quaint narrow streets and blends in perfect harmony with the tourist activity in the area. Its central location and the magnificent views it offers connect guests to the roots of the Jewish people and create a classic Jerusalem atmosphere. 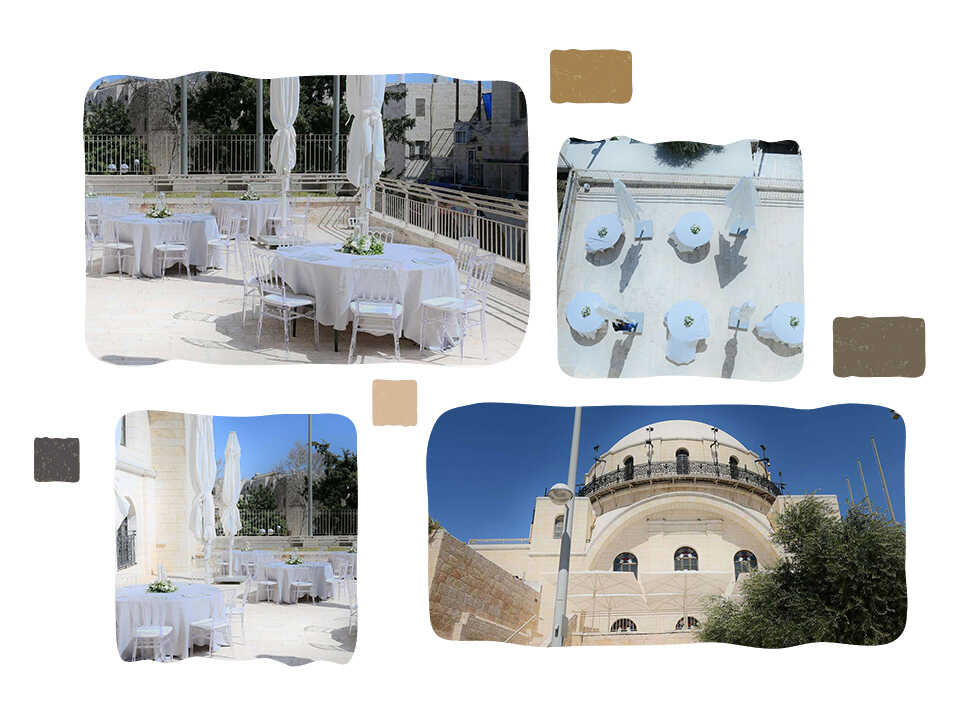 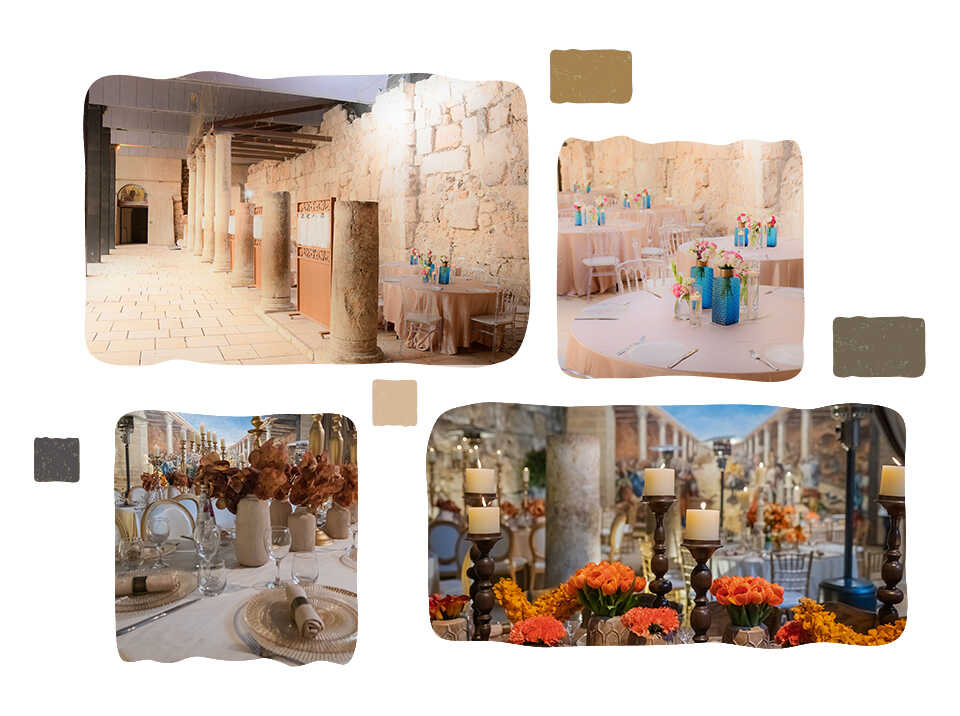 Experience a journey back in time, for an event you’ll never forget

Welcome to the main avenue of Jerusalem during the Roman period. Where history still lives, breathes and blends in with the present day of the Jewish people.

The beautiful mosaic walls, the carved stone pillars, the shaded tunnel and the separate areas along both sides of the avenue make you feel as though you’re walking back in time. It’s so easy to stroll along here and imagine how our ancestors did the same, stepping on the exact same paving stones.

All Right Reserved The Jewish Quarter in the Old City of Jerusalem | Site By: